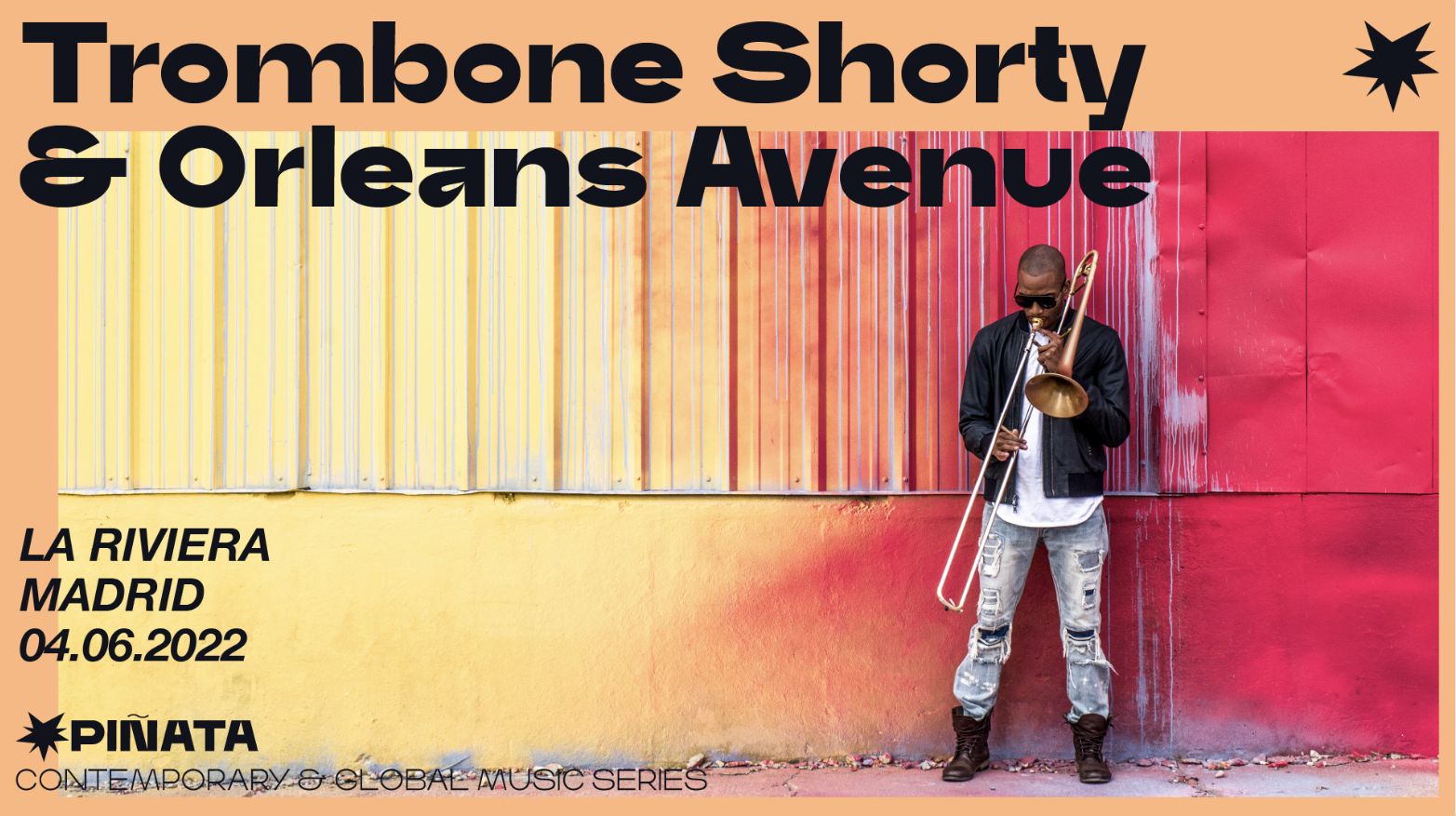 Trombone Shorty is the best-known moniker for Troy Andrews. He was born into a well-known New Orleans musical family in 1986. His grandfather, Jessi Hill , was a locally popular R&B recording artist. His older brother, James 12 Andrews , was a successful jazz trumpeter who was also an early mentor. Andrews began playing music at a very early age and was playing professionally at the age of five. He mastered trombone, trumpet, and drums, eventually choosing the trombone as his principal instrument and thus picking up his nickname. So advanced was he that, at the age of eight, a club in the city’s Tremé district, where he was born and raised, was named Trombone Shorts in his honor. Andrews became a member of the New Orleans Center for the Creative Arts’ (NOCCA) musical education program for high school students; other graduates included , Harry Connick, Jr. Nichola Payton , and Winton and Branford Marsalis . At NOCCA, Andrews took music theory, ear training, and instrumental instruction courses under Clyde Kerr, Jr. and Kent Jordan, among others. In 2003 he was one of five young musicians chosen as the subject for a PBS television documentary, and also performed on the network’s nationally broadcast tribute to Louis Armstrong , directed by Winton Marsalis . Outside his hometown, Andrews has appeared with the Lincoln Centre Jazz orchestra , and has performed with U2 and Green Day . He has also traveled extensively overseas, playing concerts and festivals in Cuba and Europe; he has appeared at the Vienna Jazz Festival, the North Sea Jazz Festival, and the Istanbul Jazz Festival. As a recording artist, Andrews has appeared on Global Song of Kids, a collection of children’s songs played in the style of New Orleans marching bands released in Japan. His first recording under his own name, Swingin’ Gate, was issued in 2002 and featured several of his own compositions; it was acclaimed by jazz critics. This was followed in 2004 by The Same Pocket, Vol. 1 (by the BlueBrass Project) and 12 & Shorty (with his brother James’ band). In 2005, Treme records released The End of the Beginning (by the Troy Andrews Quintet) and Orleans & Claiborne (by Troy “Trombone Shorty” Andrews & Orleans Avenue), and four volumes of his performances at the New Orleans Jazz and Heritage Festival entitled Live at Jazz Fest 2004, 2006, 2007, and 2008. He also appeared on the club hit “Tufflove” on ‘s Ya-Ka-May in 2010. Also in 2010, Andrews released his Verve debut, Backatown (on which he not only plays trombone but also sings and plays trumpet, keyboards, drums, and other percussion), under the Trombone Shorty moniker. Backatown was greeted by nearly universal critical and commercial acclaim — it hit the Billboard jazz chart at number one and remained there for nine straight weeks, and was in the Top Ten for over six months; the album was nominated for a Grammy Award in the Best Contemporary Jazz Album category. Andrews and his band toured worldwide to support it, knocking out sold-out crowds all over the globe with their high-energy meld of styles, opening for Jeff Beck and Dave Matthews , as well as playing the Bonnaroo and Bumbershoot festival stages along the way. Andrews also appeared, as himself, in several episodes of the HBO television series Tréme. Taking no time off, Shorty and Orleans Avenue recorded For True during brief breaks from the road. For True was released on September 13, 2011. It was produced by Ben Ellman and George Drakoulias, and featured a host of guest appearances from Jeff Beck , Ledisi , Lenny Kravitz , Kid Rock Warren Haynes, Ivan and Cyril Neville , and the Rebirth Brass Band, among others. While Andrews spent most of the next year and a half touring in support of the album, over the next two years he also became an in-demand guest sideman, appearing on albums by the Soul Rebels Brass Band, The Zac brown band , The Preservation Hall Jazz Band , Cee Loo Green , Rod Stewart , and Robert Randolph . In 2012, he appeared at the White House with numerous artists as part of the PBS documentary In Performance at the White House: Red, White & Blues. Andrews partnered with New Orleans mayor Mitch Landrieu to create the Trombone Shorty Foundation, which donated new instruments to public schools. Later, in partnership with Tulane University, the foundation evolved into the Trombone Shorty Academy, an after-school program for aspiring musicians. In September of 2013, Andrews released his third Verve offering, Say That to Say This. Co-produced with Raphael Saadiq , the album found Andrews digging even deeper into an R&B and NOLA funk-influenced sound. He next appeared on mark Ronson’s hit 2014 album, Uptown Special, after which he made his feature film debut as the voice of teacher Miss Othmar in 2015’s animated Peanuts Movie. The following year he joined Hall & Oates on tour as a support act. In 2017, Andrews signed with Blue Note Records and delivered the album Parking Lot Symphony, featuring the single “Here Come the Girls.” Produced by Chris Seefried the album also included covers of songs by New Orleans legends Allen Toussaint and The meter. ~ Thom Jurek, Rovi
+ Google Calendar+ Exportación de iCal