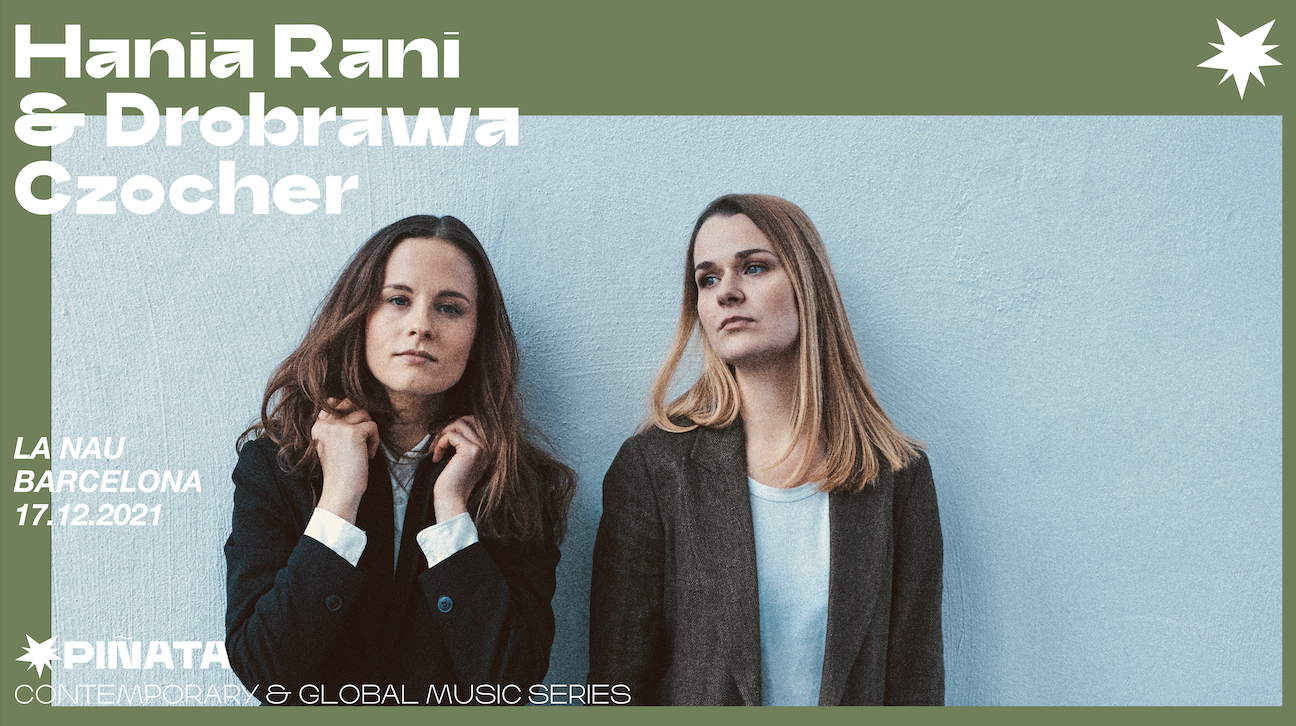 Deutsche Grammophon is delighted to announce the signing of an exclusive agreement with pianist, composer and singer Hania Rani and cellist Dobrawa Czocher (pronounced “Chock-air”). The young Polish duo, friends since their student days at the Feliks Nowowiejski Music School in Gdańsk, are known for their emotionally restrained yet revealing, wholly honest and authentic musical style.

Their first album, Biała flaga (“White Flag”), marked the start of their artistic partnership. Having been invited to reimagine music by the late Polish composer Grzegorz Ciechowski (founder and frontman of the band Republika), Dobrawa asked Hania to join her in making the album. Biała flaga entered the top 30 of Poland’s album chart following its release in September 2015. The recording revealed the artists’ ability to take a distinctive sound and translate it into their own unique musical language. It won them a cult following and set secure foundations for their dynamic creative dialogue. The duo’s DG debut, their first full album of original works, will reflect the sense of adventure that has developed from years of close artistic collaboration.

“Signing to Deutsche Grammophon is something very special for us,” say Hania and Dobrawa. “Our friendship and shared love for music has guided us to many fascinating places but we would never have dreamt it could lead us to Deutsche Grammophon. Throughout our musical education we admired incredible artists who were part of this legendary label; we would be inspired and sometimes even intimidated by their enchanting artistic presence. It’s an honour and motivation for us to be part of the DG family, and we’re just tremendously grateful. We can’t wait to show the end results of this collaboration.”

Both artists have already made their mark on Deutsche Grammophon, Hania with an exquisite rework of Debussy’s La Damoiselle élue for Víkingur Ólafsson’s Reflections project, Dobrawa as part of DG’s “Project XII” community of composers and performers. They appeared together at the end of March in company with fellow DG artists Joep Beving and Dustin O’Halloran for a Deutsche Grammophon Clubhouse Chat about the limitless possibilities of composing for piano.

“It’s a true pleasure to welcome these two outstanding creative partners to our family of artists,” comments Dr Clemens Trautmann, President Deutsche Grammophon. “Hania and Dobrawa are among the most versatile and imaginative of contemporary artists – they’re rooted in the classical genre but draw inspiration from various other musical and visual art forms as well. As close collaborators for more than a decade, they’ve established an unmistakable, unique and touching voice, with both perfect harmony and dynamic tension between piano and cello. We’re delighted about the partnership with Deutsche Grammophon, which will include not only the release of their latest collaborative album, but also a reissue of their debut duo recording Biała flaga.”

Christian Badzura, Vice President A&R New Repertoire at Deutsche Grammophon, is also looking forward to working with the duo. “Both Hania and Dobrawa are exceptional artists, composers and instrumentalists. They belong to a generation of classically trained musicians of the highest calibre who are open to so many musical and cultural influences,” he observes. “Their music-making is thrilling because it’s so free yet so respectful of tradition. I’m very happy that they’re joining our label.”

Hania and Dobrawa’s haunting art grows from a friendship that began when they were in their early teens. It reflects a mutual passion for everything from classical and jazz to electronica and contemporary music and their refusal to accept artificially imposed boundaries between different genres. Their work has also been shaped by, among other influences, the natural rhythms of the seascapes and landscapes of northern Poland and beyond, the freedom and space of improvisation, and a courageous openness to all emotions, sensations and feelings.

Hania Rani was born in Gdańsk in 1990 and began playing classical piano at the age of 7. She started experimenting with new musical styles four years later, after meeting Dobrawa Czocher at music school, and continued her training in Warsaw at the prestigious Fryderyk Chopin University of Music. Postgraduate studies in Berlin led to her immersion in the work of composer, performer and producer Nils Frahm and other pioneering creatives. She worked on the tracks for her debut album while on retreat in Iceland in 2017 and named it Esja after the volcanic mountain range near Reykjavík. The album received rave reviews, led to a series of concerts throughout Europe and Japan and inspired broadcaster Mark Coles to feature Hania as the subject of one of his Profile programmes on BBC Radio 4. Her latest solo album, Home, was released in May 2020.

Born in 1991 in the historic town of Tczew, about 30 kilometres from Gdańsk, Dobrawa Czocher received her first cello lessons at the age of seven. Following her studies at the Feliks Nowowiejski Music School, the Fryderyk Chopin University of Music and in Germany, she became a member of the Szczecin Philharmonic Orchestra. In addition to her orchestral work and chamber music performances, she continues to pursue creative collaborations in Warsaw, not least with Hania Rani.